When you’re in the deep throes of anxiety you will do anything to be cured. For me, this involves countless daydreams where a big switch exists somewhere in my mind and within three seconds I can just turn it off. And then it all ends. The anxiety is gone, never to return. The other scenario involves swallowing a magic pill which removes your anxiety forever, like a Panadol would a headache (yes, I know headaches come back but you know what I’m trying to say).

But alas, no such thing exists.

However, there are many suggestions of things that can ‘ease’ anxiety. The main ones include therapy, medication, and regular exercise, in particular, yoga.

I estimate at least 5000 people in the last five months have told me to do yoga. Are you doing yoga? When are you starting yoga? Did you know yoga is good for anxiety? You should try yoga. YOGA YOGA YOGA!

I’ll admit I had no interest in doing the downward facing dog. I was sceptical too. How can a few different stretches and poses help with your anxiety? There are also a lot of important things to consider when committing to regular yoga. Like the cost, motivation, and accidental flatulence.

I reluctantly joined a beginners class at a gym in the city using a guest pass from a friend. I should point out, I’m not the most physically fit person. I have wobbly bits and curves so it was always going to be a challenge. It was 45 minutes long. It was terrible. During the class all I could think was, “this is fucking hard, this hurts, this is not relaxing, I think my wrists are about to break, that’s definitely not supposed to bend that way, and when are we doing child’s pose again?”

I swore off yoga then and there. I actually think I felt more anxious after the class than before.

But 5000 people plus the millions more who swear by it can’t be wrong can they? I’m not special enough to be immune to the healing powers of yoga, right?

So I tried again. But this time I went to a proper yoga studio. I swear you walk into this place and you immediately become so Zen that you want to stop wearing shoes, give up meat, join a hippy-yoga commune in Byron Bay and eat nothing but vegan-soy curries.

It’s a tranquil environment, smelling of ylang ylang and the home of the Dalai Lama. The yoga room is decked out with mats, blankets, fresh towels, and friendly faces. And after the class you can enjoy fresh fruit and herbal tea.

It was still hard, but I persisted. During the class the instructor talked you through the breathing techniques (yes I know how to breathe but yoga breathing is different ok!), and made sure you were doing the poses properly, and provided alternatives for the semi-yoga virgins. Who knew, all I needed was a bit of hand-holding. Also, the 10 minutes of meditation before and after the class has become the soul fuel that I look forward to the most.

I’ve been back to about six sessions in the last two weeks, because for those 75 minutes I am untouchable. I don’t have time to think about my worries and stresses when I’m focussing on what the instructor is showing the class, and trying desperately not to stumble ass over tit in front of a group of flexible strangers.

Sadly, I know there is no cure for anxiety. Yoga is not a cure for anxiety. It does however provide temporary relief from what can sometimes be a non-stop mental illness. It’s the same relief you would get after handing a screaming child over to a babysitter for a few hours. But with lavender scented eye pillows and Peach Melba tea. 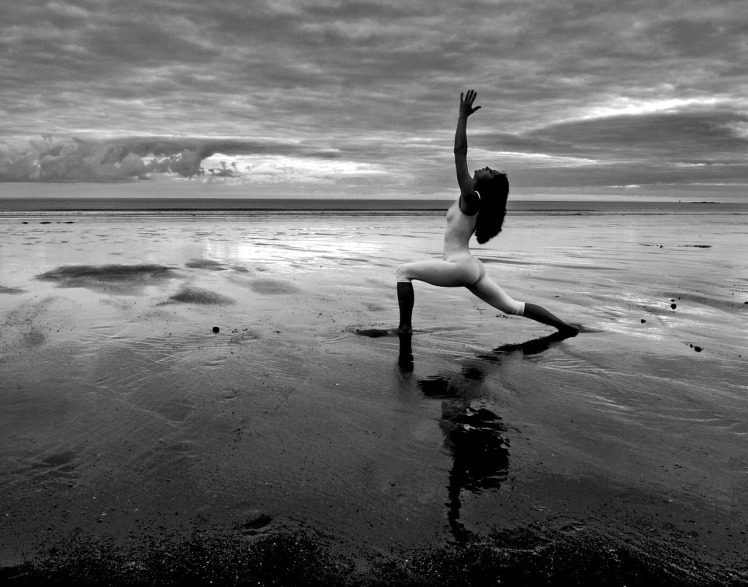 Note: the woman in this picture is way too coordinated to be me.